The dehumidifier industry is regulated by the Association of Home Appliance Manufacturers, (AHAM). The AHAM requires manufacturers to publish unit performance at 80° F and 60% relative humidity (RH) for purposes of fair unit comparison.
However, real world conditions at basements and crawl spaces are much cooler than 80° F and the truth is that unit performance drops dramatically at cooler temperatures. Removing water from air at a temperature of 60° F presents a much greater challenge.
For example, at 80° F and 60% relative humidity the SantaFe Classic removes 110 pints per day. However, at real world basement conditions of 60° F and 60% RH, the SantaFe Classic removes 44 pints per day.
While this seems an alarming performance reduction, at this cooler temperature, cheaper and less efficient units don’t remove any moisture at all! I’ve seen basements running three inexpensive energy consuming units that fail to reduce moisture levels appreciably.
Here’s why Santa Fe’s ability to operate at cooler temperatures is important:
Conventional inexpensive dehumidifiers have smaller fans, smaller coils and many other design constraints that prevent them from removing even a minimal amount of water in conditions below the AHAM standard of (80°F/60%RH).
The SantaFe line of free-standing dehumidifiers are powerful enough to control humidity even in the cooler environments of basements and crawlspaces. 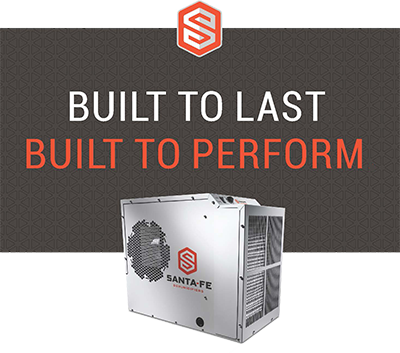 We believe in our quality and stand by our products & our customers. 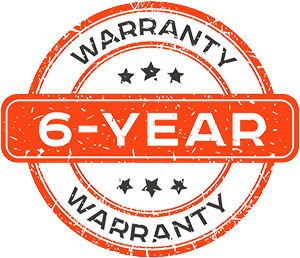